No sew bunnies (with rattle and lavender scent)

I was looking for a craft with an Easter theme for craft time at my SPACE group. I found these amazing no sew sock bunnies, but I wanted to try make it safer for babies as dry rice could be a choking hazard.

Instead of using rice to fill it, I cut up a very cheap pillow for stuffing instead. This does make them less stable, but nice and snuggly. I also decided to make a mini rattle to place in the middle of the stuffing with a few drops of lavender. I thought this would be great for colour, texture, smell and sound.

As this is a DIY toy, make sure you watch your little one when they play with the toy. I swear my little mint is going to be an amazing health & safety inspector when she grows up (or very accident prone).

As a general guide, use the ankle area for the ears and the heel for the head/face. The remainder becomes the rabbit’s body. 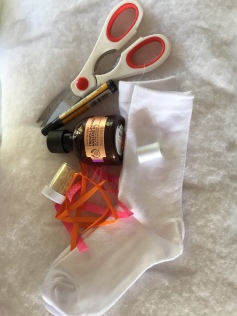 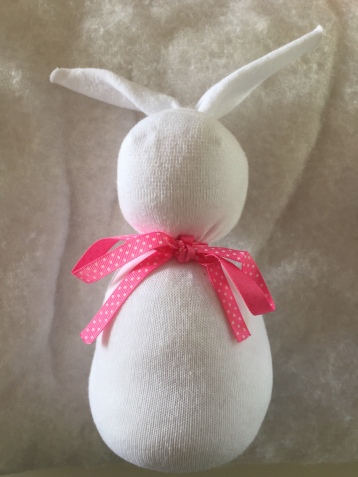